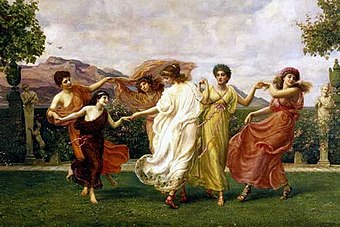 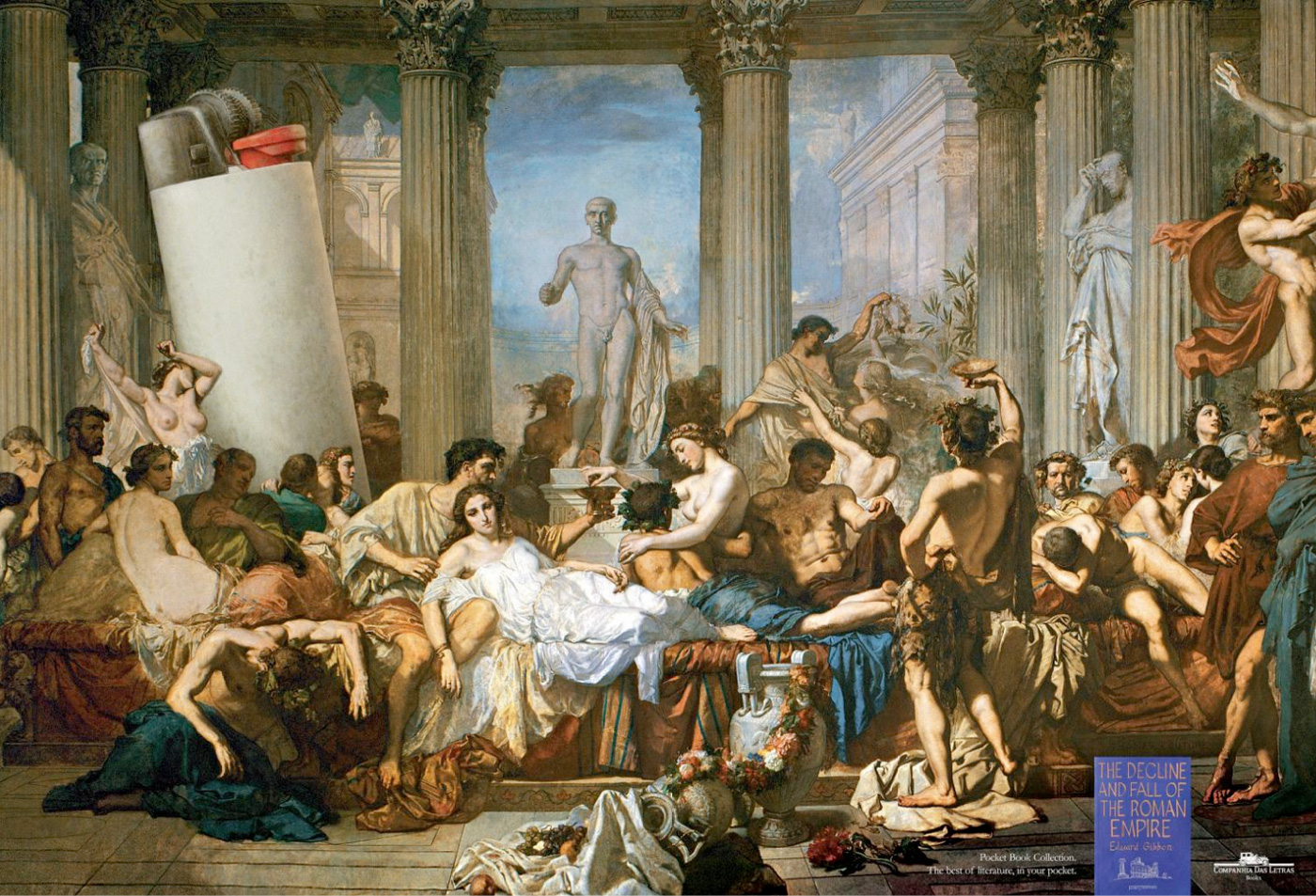 Social drinking, joining together for festive consumption of food and drink, was an important social ritual in the world of ancient Rome.  Known as the convivium, it was a formally ritualized banquet that united individuals and promoted cordiality. It was designed for everything from philosophical discussion to celebration. It existed to promote friendship and prevent strife.

Wine was a key ingredient in the Convivium. Wine proved essential in liberating and comforting the participants and ensured that “manifestation of euphoria” accompanied group dining.  The Romans mixed their wine with water prior to drinking. A specifically Roman custom was mixing wine with hot water. Some mixed wine with cold water and, more rarely, ice or snow. Typically, a guest mixed the wine to taste and in his own cup.

Feasting or drinking occurred in the name of various divinities and at different places and times throughout the year. But, however much these festivals retained their religious character, they placed an important emphasis on  sharing  food and/or drink. Feasting, in a ritual context, cannot be entirely separated from drinking together in large numbers. Both of these activities were focused on the desire for camaraderie. At the feast of Anna Perenna on 15 March, plebeians celebrated the traditional Roman New Year by singing, drinking, and dancing near the Tiber. Here, men and women typically drank as many cups of wine as the number of years they prayed to live. This practice must  surely have led to the celebration getting out of hand from time to time. 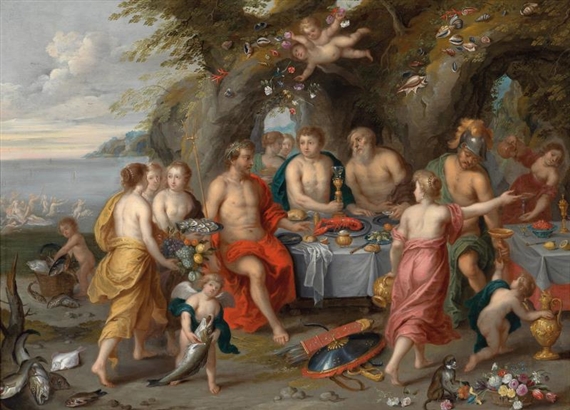 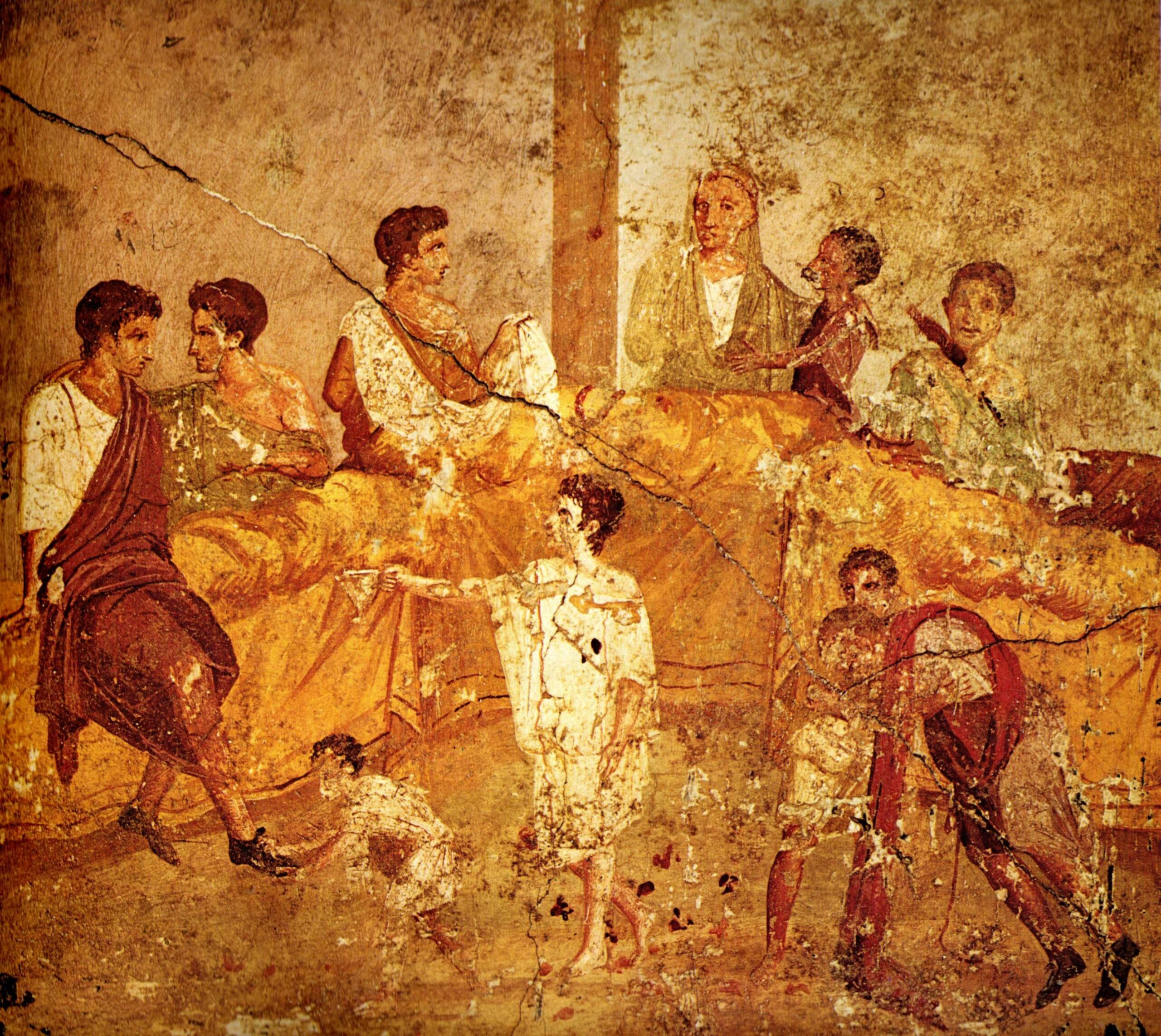 A proper Roman Convivium dinner included three courses: the hors d’oeuvres (gustatio), the main course (mensae primae), and the dessert (mensae secundae). A host served food and drink served that was not only intended to satiate the guests. The fare also added an element of spectacle to the meal. Exotic produce, particularly those from wild animals, birds, and fish, were favored at elite dinner parties. The rarity of this fare reflected the host’s affluence because it was difficult and expensive to procure. Popular but costly fare included pheasant, thrush (or other songbirds), raw oysters, lobster, shellfish, venison, wild boar, and peacock. Foods that were forbidden by sumptuary laws, such as fattened fowl and sow’s udders, were flagrantly consumed at the most exclusive feasts.

In these times of ‘social distancing’, it is important to find ways to come together to share food and drink. These experiences are of primal need and have existed for most of human history.  Food and wine are still an integral part, serving as a primary component of social sharing.  We must find a way to continue these practices with our families and friends as they are fundamental to our well being.  One way that we suggest that you come together to enjoy food and wine is to join us for our monthly virtual wine tastings!